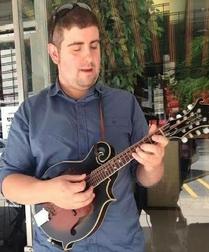 Sean Fell attended the Irish-Catholic Mercyhurst University's D'Angelo School of Music in Erie, PA.  There he pursued his B.S. in Music Education with a concentration in Vocal Performance and Piano.  While Sean co-founded Erin's Guild, he has also performed with the All-New England Choir, the Hartford Chorale, in various Off-Broadway Productions, Boston's Irish Rebel Band Erin Og, and has performed at Lincoln Center.  Sean currently resides in Dover, NH. 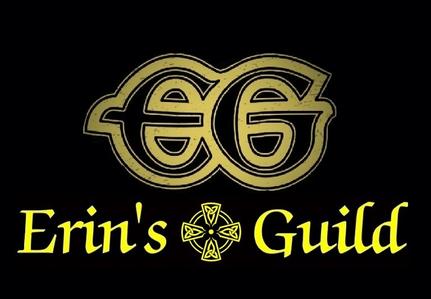 Founded in 2010, Erin's Guild can be found performing throughout New England and has traveled Internationally, with performances in Ireland and Amsterdam.  The 'Guild includes  Sean Fell on vocals, guitar,  harmonica and bodhran. Patrick Bowling on bodhran, vocals, whistle and Irish flute. Scott Sutherland on the bass, mandolin, banjo and guitar. With varying backgrounds in music, they have successfully blended a combined musical experience of 50 years to bring a unique, yet recognizable, sound and show to their audiences.  From traditional jigs and reels and pub favorites, to Irish contemporaries and ballads, as well as a growing collection of Erin's Guild originals, Erin's Guild is truely a band for all fans of Irish and American music.  Together, Erin's Guild has toured throughout New England and Europe and has been featured main stage at the Boston, Westfield, and Dorchester, MA Irish Festivals, as well as having some members perform at the Baltimore, MD Irish Festival and the South Shore Irish Festival.  They have been featured on various radio programs, including Boston's WROL 950am and Dublin City Radio 103.2fm.  The three, drawing on and combining their past musical experiences, create and bring a unique, energetic, audience engaging sound and show to their performances. The trio love and enjoy sharing their passion for their culture and their music, both traditionally and contemporary, to help pass it along to future generations.

​Scott Sutherland has spent more than a decade in the music industry as a performer, retailer, sound tech and instructor. Along the way, Scott has studied Guitar, Mandolin, Tenor Banjo, Bass and Percussion. He received his B.A. in History from the University of New Hampshire. Prior to joining Erin’s Guild, Scott has performed with several folk music acts in New England, including Andrea Szirbik, James Gilmore and the Brasen Hill Band. 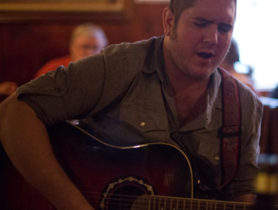 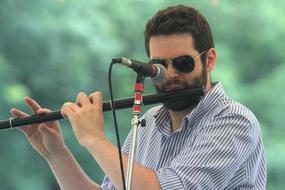 Patrick Bowling comes with classical music training and a strong background in traditional Irish music and dance. While growing up and gaining an appreciation for many genres of music, Patrick took a particular interest in lessons at the Comhaltas Music School in Boston, as well as Irish step dancing lessons with the O’Shea-Chaplin Academy of Irish Dance. Patrick is an accomplished performer having lead many Irish sessions, playing with bands accross the U.S., winning regional/national championship titles and competing up through the All-Ireland championships on both the Flute and Bodhran.